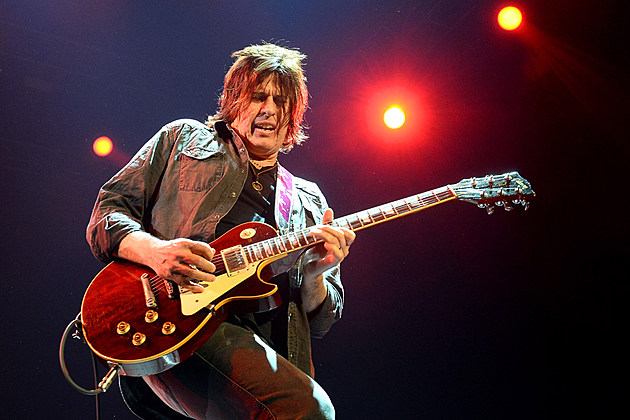 Stone Temple Pilots guitarist Dean DeLeo took a swipe at Highly Suspect frontman Johnny Stevens in a recent radio interview. Stevens posted via Twitter that STP had asked him to join the band before Chester Bennington officially announced his departure, but DeLeo maintains that’s not what happened.

As we reported back in November, Johnny Stevens answered a question posed by a fan via Twitter. When asked if the band dug Stone Temple Pilots, Stevens tweeted:

This apparently rubbed Dean DeLeo the wrong way for two reasons. One, he apparently asked Stevens simply to jam with STP and see how it went. Two, DeLeo says he asked Stevens for confidentiality about the offer.

DeLeo spoke about Stevens’ tweet during a chat with WRIF’s Meltdown. “I did reach out to John last August,” DeLeo said. “The way John tells it is not actually what went down. I did reach out to John. We spoke, and I think John is an immense talent. Great, great singer. But I did not offer him a gig. I merely asked if he was interested in possibly getting in a room, and God bless him, he stuck to his guns, and he had the courage and the confidence to stick with his band, and you know, those guys are up for a couple of Grammys…You gotta admire that. One thing that really, really saddened me about that is it was very early on. It was all the way back in August, when I spoke to John man to man. You know, I don’t use that loosely. Man to man I asked for his confidentiality in this, and well, it shows you what kind of man he is.”

Stone Temple Pilots recently announced that they were accepting submissions for singers to audition for the band via their official website. As for Highly Suspect, following the Grammys on Monday, Feb. 15 (where they’re up for Best Rock Song and Best Rock Album), the band will perform a run of dates in the U.S. before heading to Australia and back to the States once again.