The Aussie rockers are back with a powerful new track called “In Plain Sight” and the video for the song shows the emotional downward spiral some of us can take at the end of a relationship gone bad, followed by the cleansing power of healing.

Vocalist Kim Benzie tells Loudwire, “‘In Plain Sight’ was inspired by the loop you can so easily slip into but find so hard to escape from following rejection. One mistake we made when filming this clip was choosing to do all the water scenes after midnight in the middle of winter. I was the coldest I have ever been in my life as they drenched me for a couple of hours. Ended up having to cancel three shows that week due to being sick. I’d do it all again in a heartbeat though.”

“In Plain Sight” follows on the heels of the band’s recently released “While You Wait” video, which also premiered right here at Loudwire. Both songs appear on the band’s rocking new album, Aesthesis. You can currently order the disc via iTunes or check out a variety of bundle options at this location.

Dead Letter Circus are currently catching a break between tour legs, but will return to the stage this October and November with dates in Australia and New Zealand. To see their stops, click here. 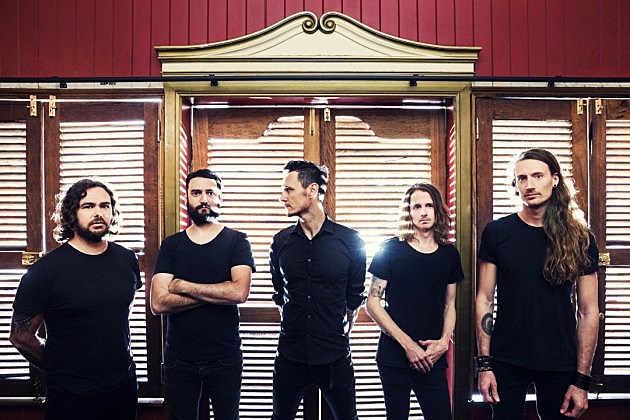