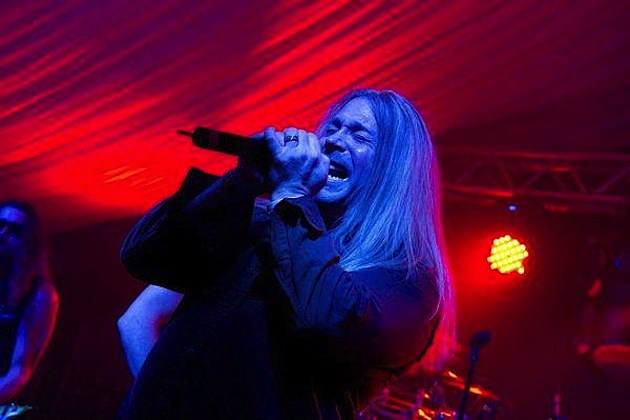 Sad news to report, as vocalist David VanLanding died on Nov. 17. The Michael Schenker Group singer lost his life in a car crash after colliding with a garbage truck in Clearwater, Fla.

VanLanding was the vocalist in the Michael Schenker Group in the late ’90s and again in 2011 and 2012, and he also performed with Crimson Glory. VanLanding called his 2012 trek with Michael Schenker Group “one of the most rewarding tours of my career.” VanLanding had recently posted that he was going to rejoin Schenker on the Axes & Anchors Cruise in January and was planning to offer a vocal clinic on the cruise, as well.

David VanLanding’s death was revealed via the musician’s Facebook page:

it is sad to say to this day my good friend david vanlanding has passed away today due to a traffic accident with a another car ..im am so floored by this news i just talked to him on my bday nov 13th you will always be in our hearts my good friend ..i will keep you all posted on the news ///i loved you dave ..you were my good friend
prayers to you family and pam your wife

the immediate family of dave vanlanding asks for your understanding and respect as we deal with the loss of david ..the family will make an announcement once more details are known and arrangements are made ..it is my own words to say that he was a great friend and touched so many millions of lives thur his music and his kindness …love you bro

I am beyond devasted to learn that one of my best friends David VanLanding has passed away today from a car accident. …

Shortly before his death, David was mourning the passing of his ex-wife, Rhonda Kay VanLanding, who died of cancer on Aug. 7, 2015. We’d like to send our best wishes to the friends and family of David VanLanding during this difficult time.