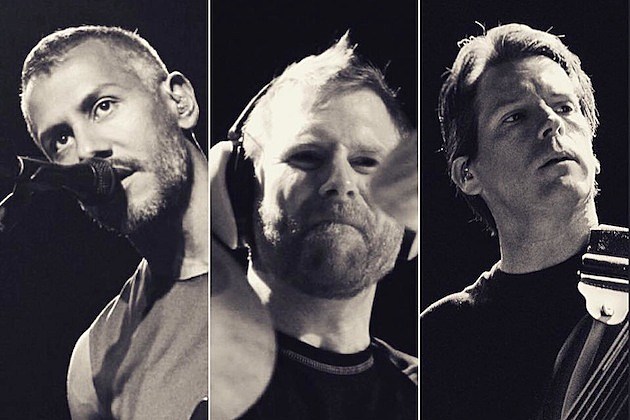 Cynic have been in the headlines this week as drummer Sean Reinert revealed that the band was splitting up and that the “second chapter in the ‘Book of Cynic’” was now complete. This apparently came as a surprise to Cynic frontman Paul Masvidal, who revealed that Reinert didn’t confer with him or bandmate Sean Malone before making the announcement. However, the band did have a tour scheduled and Masvidal added that while he was relieved that everything was over, he still was trying to figure out how to possibly salvage the tour with a new drummer after Reinert pulled out at the last minute.

Reinert has now gone into further details about the split in an interview with Metal Insider. The drummer stated that the final straw is when the conflicts within the group began to affect the music. “I am able to put personal issues aside from the music, but when music suffers, it’s time to call it,” stated the drummer.

Reinert took credit for the blame of things turning bad on the business end while he turned to alcohol, but after getting clean he realized how much damage had been done. “I’m to blame for letting that happen, but I don’t have to continue under those circumstances any longer now that I can see how toxic our relationship had become.” Reinert also called into question Masvidal’s commitment to practicing with the band. He concludes, “Just pragmatically, it wasn’t a healthy or profitable situation any longer. So rather than play bad shows and suffer through 15 days of tension, I decided for me, it was time to end this chapter of Cynic.”

As for the possibility of Cynic continuing on without him, Reinert stated, “He would have to perform under a different name or get a signed agreement with me in order to legally use it. At the moment there is no such agreement. I am not claiming it, therefore he cannot. Cynic just plainly ceases to exist at this point, as an active band. Obviously, the catalog will remain.”

When contacted for a response, Masvidal offered the following brief statement: “Sean’s action and words sadden me but ultimately this is a private matter.”

Stay tuned to see how the split plays out.