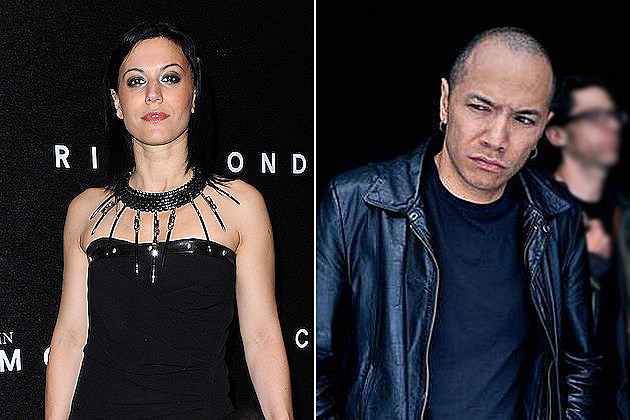 October has passed us by and saw plenty of awareness campaigns and fundraisers to support breast cancer. The month is synonymous with these charitable efforts, but the rock scene doesn’t care what month it is — there’s always a need to raise funds for cancer! The latest campaign comes courtesy of Music For Boobies, a compilation that includes some of the scene’s biggest acts.

Though the compilation is rather light on the metal and hard rock contributors, both sides are represented on the track “Wild Woman.” Lacuna Coil frontwoman Cristina Scabbia joins Canadian rocker Danko Jones for an alternative version of the cut originally featured on Danko Jones’ latest release, Fire Music. The song will be released on Jan. 15, 2016.

Also featured on the Music For Boobies compilation are artists such as Parkway Drive, Emarosa, Falling in Reverse, Angels and Airwaves, Anti-Flag and more.

A combined effort between Rude Records and the Keep a Breast foundation, the double-disc aims to raise funds with exactly half of the proceeds going directly to Keep a Breast. Celebrating its 15th anniversary, the foundation has made large efforts to raise awareness about breast cancer, especially among the youth, and teaches them to embrace their bodies and be aware of changes. The other half of the proceeds will be split between royalties for the contributing artists and project development. Rude Records will also be making an initial donation of $5,000 to kick everything off!

To pre-order the Music For Boobies compilation, visit the website here. Those who place their pre-orders will receive two instant gratification tracks: Angels and Airwaves’ “Saturday Love Remix” and the Maine featuring Brennan Smiley’s, “You Get What You Give.”

Lacuna Coil have teased a new album, Delirium, which will be out in 2016. Scabbia told Loudwire Nights host Toni Gonzalez, “We entered the studio about a week ago, so we’re at the very beginning … We’re absolutely excited and I think everything will be completed before the end of February, I think. And the album should be out at the end of May. It’s called Delirium and there’s tons of reasons for it. It’s been a crazy couple of years for different reasons, for personal reasons and for a lot of things that we will disclose, or we will tell later.”

Lacuna Coil Discuss the Rise of Female Vocalists in Metal