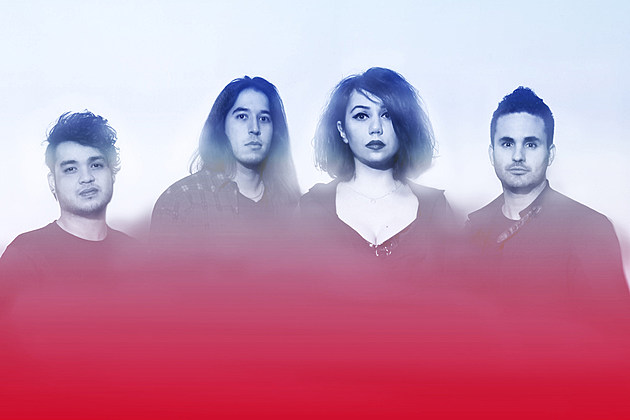 Cilver are ramping up to the release of their new studio album, Not the End of the World, and they’re ready to share some new music with listeners. The band has teamed with Loudwire to exclusively premiere the new song “Afterlife” (listen in the player below).

The anthemic rocker features vocalist Uliana Preotu triumphantly proclaiming that she’s sick and tired of holding back and won’t wait for the afterlife to have her say. It’s a call to action and a rocking one at that.

“‘Afterlife’ is the last song that was added to our record,” says Preotu. “It just magically came together so fast with the help of Mark Holman. I lost both of my parents at quite a young age and some friends and family more recently. This song talks a lot about accepting yourself, living your life to its fullest and living for today instead of waiting for the afterlife.”

As stated, Cilver recently completed work on their new album, Not the End of the World, which is now on the schedule for a March 18 street date through eOne Music. The band recorded the album with producer Johnny K sharing producing credits with guitarist Leon Lyazidi.

“This is the perfect time to release this record,” says Preotu. “A time where America is angry, frustrated, lost, but hopeful. The songs are honest and biographical to the point that every lyric made me cry as it transported me to important and memorable moments of my life. Moments of loss and hope, moments that every citizen and immigrant can relate to.”

Not the End of the World is currently available for pre-order in digital and physical formats.