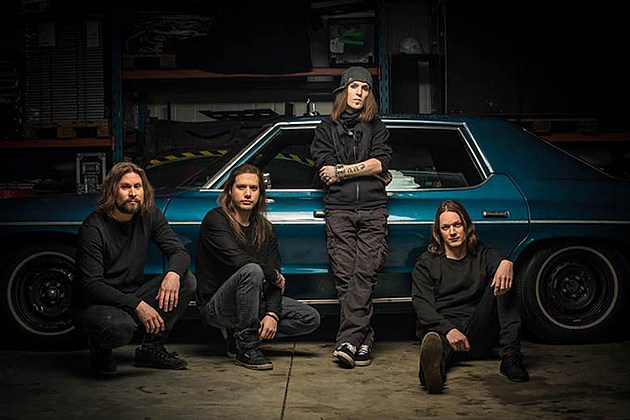 Children of Bodom are officially a five piece again! After enlisting keyboardist Janne Warman‘s brother Antti for live duties, the band has found a full-time replacement for Roope Latvala after his departure in 2015. Daniel Freyberg (Naildown, ex-Norther) has signed on as the rhythm guitarist for Bodom and the band said, “Look for him on all upcoming tours.”

Freyberg spent a brief time playing in Finnish melodic death metal act, Norther, who are highly influenced by Bodom, so the feel here will carry over. The same can be said of Naildown, who last released an album in 2007 featuring Freyberg on guitar and vocals. His first show with the boys from Bodom will be at the 70,000 Tons of Metal Cruise followed by a small run of headlining dates before the start of their trek opening for Megadeth and Suicidal Tendencies. It will be a trial by fire of sorts, but the axeman appears to be a solid fit given his recorded output thus far.

For a full list of Children of Bodom tour dates, visit our 2016 Guide to Rock + Metal Tours.

Latvala left the band in May of 2015 after a dozen years of service. Bodom released a statement saying, “As we parted ways with no bad blood, we wish him nothing but the best and thank him for allowing us to share the last twelve years of our lives with him. [We] hope [the fans] know that this will not affect the upcoming shows or the new album [I Worship Chaos] as we recorded it as a four-piece and it is already mixed, mastered, heavy as s–t and ready to go!”

Children of Bodom’s latest release, I Worship Chaos, reaching No. 92 on the Billboard 200 and No. 1 in their home country of Finland. A video was released for the single, “Morrigan” and will join a growing list of classics from the hyper melodic Finns.

Revisit the Anniversary of Children of Bodom’s ‘Follow the Reaper’