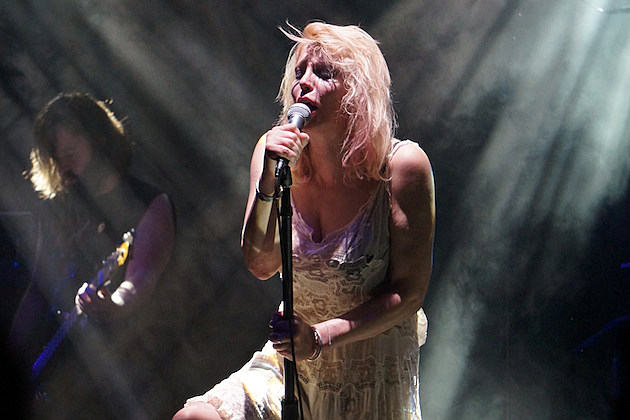 Courtney Love is not one to shy away from voicing her opinion, but in doing so, she found herself in the middle of a court case in 2014 over whether or not something she expressed on Twitter could be considered defamatory. Love emerged victorious in a suit filed by her ex-attorney, but the lawyer named in Love’s tweet continued to pursue the case in appeals court. Now, according to The Hollywood Reporter, the decision in Love’s original case has been upheld.

Love had retained Rhonda J. Holmes of San Diego to represent her in a previous case against people she felt had defrauded the estate of her late husband Kurt Cobain and was not happy with the results. At the time, she tweeted, “I was f—ing devestated [sic] when Rhonda J. Holmes esq. of san diego was bought off.”

After Love expressed her opinion on Twitter, Holmes and her firm filed a defamation lawsuit. And in doing so, Love became the first individual in the U.S. to go to trial over an alleged defamatory tweet. The case went to trial and in January 2014, the court ruled that while Love’s post was indeed false, Holmes couldn’t provide a convincing argument that the singer had doubts about the truth of her statement.

In the Court of Appeals on Monday, Justice Thomas Willhite stated, “We must view the evidence in the light most favorable to Cobain and give her the benefit of every reasonable inference. Doing so, it would be reasonable to conclude that by saying that Holmes was bought off, Cobain meant that Holmes had been induced in some manner to stop representing her — whether by consideration or by threat. Moreover, given Cobain’s repeated testimony that she believed Holmes had been ‘compromised’ or ‘gotten to,’ substantial evidence supports the jury’s findings that Holmes did not prove by clear and convincing evidence that Cobain knew the statement was false or had serious doubts about the truth of the statement when she made it.”

The full opinion can be read here.

See the Birthdays of Courtney Love + Other Rockers