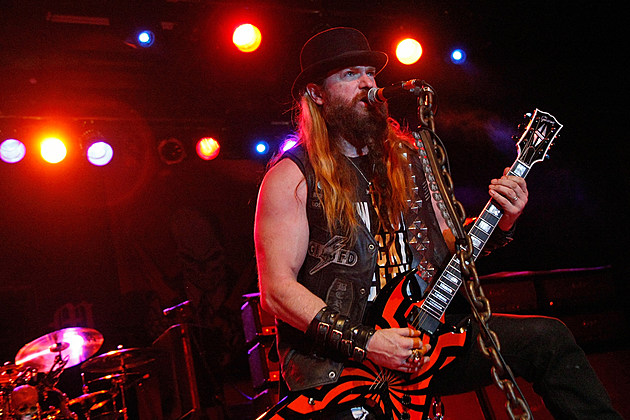 Black Label Society‘s Zakk Wylde was the guest on Full Metal Jackie’s weekend radio show. During his appearance, Zakk discussed his love of guitar and teased the band’s upcoming dates with Huntress and the Shrine. Check out the interview below.

Zakk, at this point in your life and career, what’s different about the things you love about playing guitar?

Nothing. It’s still the same passion I had for it when I was 14 years old, and you never want to lose that. Ever. Me and Jeff, the fabulous Mulan on drums over there. Like he said, “We’ve got the greatest job in the world” and I said, “You’re doing what you love man. You’re playing — we’re playing music.” What more could you ask for? Aside from a shoulder rub and a foot massage, but aside of that you’re doing what you love.

Zakk, acoustic music has always been just as important to you as the heavy stuff. What’s the main difference in the way you write an acoustic song compared to something heavier?

As much as I love listening to Zeppelin doing “Black Dog,” I love listening to “Going to California” or anything else they do acoustically but, It’s the same thing with Neil Young. He can just sit with an acoustic guitar and play “Hey Hey My My” and they would sound amazing just him by himself, and it’d also sound just as powerful when he’s got Crazy Horse with him and he’s playing the full crushing head version of it. It’s a break from … usually we’re doing the heavy stuff which I love doing as well, of course, but especially when we’re in the studio and just taking a break from it, you just pick up an acoustic guitar, you pick up the piano and it just puts you in a different mindset.

You produced the Black Label Society albums yourself. Is that done out of necessity or do you get enjoyment out of that part of making music too?

Of all the albums I’ve done I started with Keith Olson, who I was just talking to the other day; we were going to work on No Rest for the Wicked. I’ve always had an ass kicking time making any record I’ve ever done. I never confused, when people would just go, “Oh yeah that record, this–”. You’re playing songs you wrote. I don’t understand what the problem is. It’s not like, you know, we’re hauling heavy machinery or hauling bricks around all day. You’re making a record, man. As far as producing, everything with Black Label it’s the same way Jimmy Page wrote about it, I’m all in. If I was a team owner, i would be involved with everything. Trades, free agency, the draft, down to the way the field looks all the way down to the concessions, parking lot. I mean, everything.

Why wouldn’t I want to be involved with it? It’s not out of necessity, it’s because I love doing it. Me, JD and father Adam, when we – the guys will do, especially when we’re mixing. The guys will mix and then I come up there and taste test it at the end of the day. Let them do their thing so you don’t have too many cooks in the kitchen. Then I’ll go in and say, need a little more kick drum over here or we need more guitar over here or whatever. So, the system we have it down to is a science now. It’s the same reason Jimmy Page produced all the albums and everything, the whole thing is, if you know where you’re going you don’t really need to ask for directions. It’s not that you’re being a home decorator, but if you know the way you want to have your house, you want to have your Led Zeppelin posters up there and your Black Sabbath posters there, I don’t need to have someone coming in there and telling me how to do it. I know where I want my Zeppelin posters and I know where I want my Sabbath posters.

Zakk, when you’re not onstage or in the studio how often do you pick up a guitar and just play?

Every day. Whether it’s the running of the scales first thing in the morning, or when I’m writing. I play every day. Again, you got the bodily function. There’s multiple things I definitely do every day and I thoroughly enjoy doing them every day. Just fondling my man root and playing the guitar, these are things that must be done every day.

Zakk, let’s talk about your time with Ozzy. Musically, what was your favorite part about being onstage with Ozzy?

It’s the same reason I love being onstage now. Just the full on energy of the whole experience, up there onstage. I look forward to it every night now just as much as I did with Ozz. Even when we had our little band and we were playing keg parties and everything else before I started playing with the boss. I think if you ask any musician that, he’ll tell you the same thing. The full on energy of a live show. But like you said, I also love making the records too because it’s controlled environment, you can sit back and look at the painting like Salvador Dali and go, nah add more orange here or yellow over here. You can control it. Live, it’s just a complete free for all. But that’s the beauty of it.

Pick up tickets for the Black Label Society winter tour, Zakk – thank you so much for taking the time. Always a pleasure to chat with you.

Great talking to you as well.