The lineup for the 2016 Mountain Jam festival has been revealed, with a wealth of acts carving out time in their touring schedule to travel to Hunter Mountain, N.Y. in June.

“Our 2016 artists literally have been burning up the airwaves, concert halls and music critics’ Top 10 lists” says Festival founder Gary Chetkof. “These artists are in essence the Bob Dylan’s of their generation, emitting powerfully crafted songs that have been resonating with audiences all over the world. Beck is a musical genius who’s had an amazing twenty-plus year career and who’s had a creative resurgence with both his last album, Morning Phase (the 2015 Grammy Award’s Album Of The Year) and his highly anticipated thirteenth studio album which features the catchy, upbeat hit Dreams. Nathaniel Rateliff & The Night Sweats exploded onto the music scene last year with the uniquely catchy hit, ‘S.O.B.’ that was on everyone’s playlist last year. The Avett Brothers – part of the Mountain Jam family and returning to the Festival for their fourth year – are releasing their ninth studio album this year and Umphrey’s McGee are at the peak of their career. This is truly one of the most musically diverse and creative Mountain Jam Festivals to date and we couldn’t be more excited.”

Tickets for the 2016 Mountain Jam go on sale today at 10AM ET at this location, with early bird discount pricing available for only a limited time. 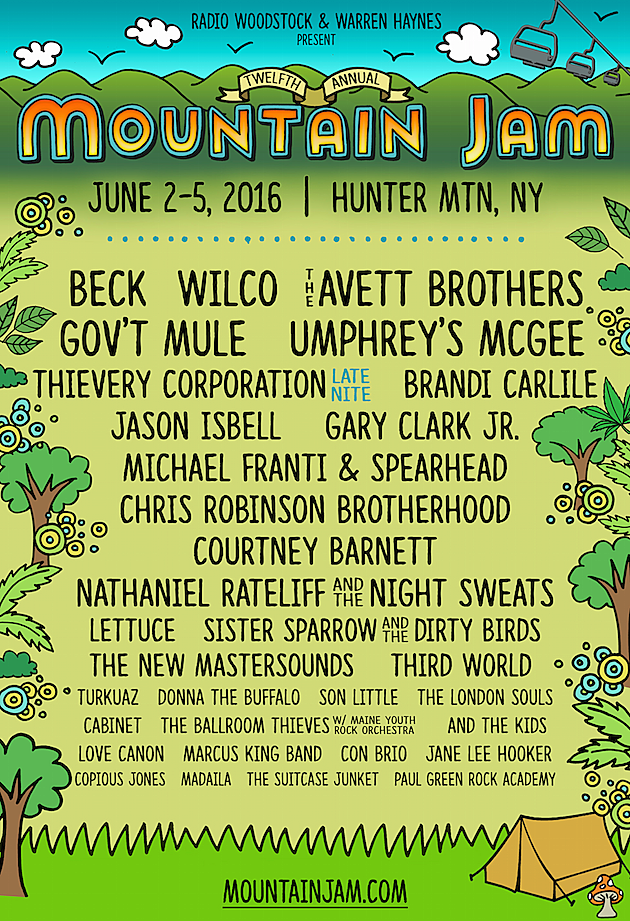