We’ve got lots of exciting news to report from Georgia rock titans Baroness. The band’s fourth studio album, Purple, will be released on Dec. 18, but you can listen to “Chlorine & Wine,” the first track released from the upcoming effort, right now!

After making waves with their Red and Blue albums, Baroness explored new sonic realms with their 2012 double album Yellow & Green, which received rave reviews from both fans and critics. After unleashing what has perhaps become their magnum opus to-date, anticipation has been huge for Baroness’ fourth studio release, and if “Chlorine & Wine” is any indication of what we can expect from Purple, a tremendous album is on its way.

“After releasing a lengthy and investigative record like Yellow & Green we all felt that we needed to make something much more direct and immediate,” explains band founder and singer John Baizley of the approach behind Purple. “We wanted to write with our normal focus on artistry, balanced against an increased level of energy and focus. It was important for us to write our new songs with the type of enthusiasm and expressiveness that could act as a counterpoint to the album’s dark themes. As a result, the music came out in an intense, heavy and sonically captivating in a new way, which was important, loathe, as we are to fall into any kind of complacency pitfall or formulaic songwriting routine. Purple is the most fully realized representation of our intention as a band; considering the amount of physical and mental energy spent writing it, we have accomplished something which would have seemed impossible to us a couple of years ago.”

Purple will be Baroness’ first release via their own Abraxan record label. “We have been incredibly fortunate to work with a series of amazing labels, producers, management, crew members, etc., all of whom we not only consider a critical part of our development as musicians and performers but also our personal friends,” Baizley explains. “After working for so long as a recording and touring band, it seemed like a no-brainer when the opportunity arose to start our own label.”

Fans can already pre-order Purple in a variety of packages, which all include and instant download of “Chlorine & Wine.” As for the Purple album art, you’ll have to be patient as Baroness continue to unveil the full piece over time. 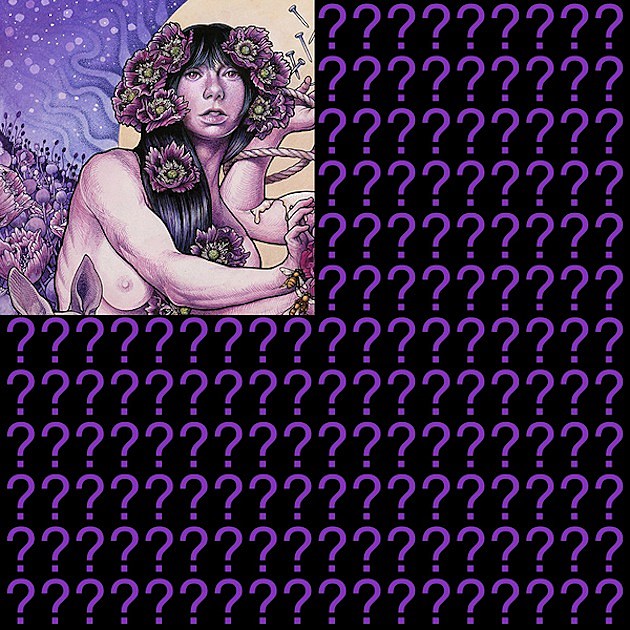