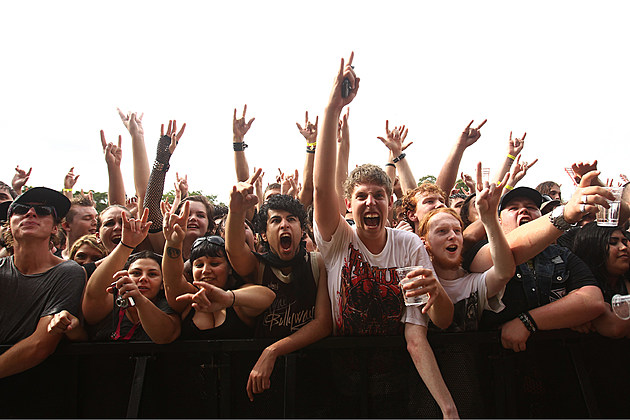 Australia’s Soundwave Festival, typically the first major festival to kick off each new year, will not take place in 2016 according to the promoter and the potential for a return in 2017 doesn’t look good either.

The festival, which takes place in the midst of summer down under, usually hits a handful of major markets in Australia with the massive lineup along for each stop. For the 2016 Soundwave, January dates were scheduled in Sydney, Brisbane and Melbourne.

This year’s lineup was set to include Disturbed, Bring Me the Horizon, Deftones, Metal Allegiance, Bullet for My Valentine, Ill Nino, Hatebreed, Failure, Soulfly, Northlane, Dead Letter Circus, Nothing But Thieves, Lordi, Walls of Jericho, Devil You Know, Terror Universal and more. Plus, Killswitch Engage had signed on to perform their Alive or Just Breathing album in full during their sets.

Promoter AJ Maddah delivered the news on Twitter, stating, “I am devastated to have to announce the cancellation of Soundwave ’16 due to poor ticket sales. I am very sorry. I tried my best.” He went on to add, “Thank you to all the fans, bands and people who supported the event for the last 12 years. I wish we could have ended it on a better note.”

Maddah, who keeps up a frequent social media presence, had also revealed he attempted to lure Rage Against the Machine to reunite for Soundwave with an offer, but was unsuccessful. As for the future, he tweeted earlier this week, “Definitely no SW17. It’s a lot of hard work, stress and risk in return for which we get hate and stupidity #OverIt.”

The festival’s first year was 2004, with Good Charlotte and Unwritten Law leading the way. Over the years, Deftones, The Offspring, Incubus, Nine Inch Nails, Alice in Chains, Faith No More, Jane’s Addiction, Iron Maiden, Queens of the Stone Age, System of a Down, Slipknot, Metallica, Linkin Park, Blink-182, Green Day, Avenged Sevenfold, Soundgarden and Smashing Pumpkins have been among the top line acts.

Keep up to date with the touring landscape with our 2016 Guide to Rock + Metal Tours.