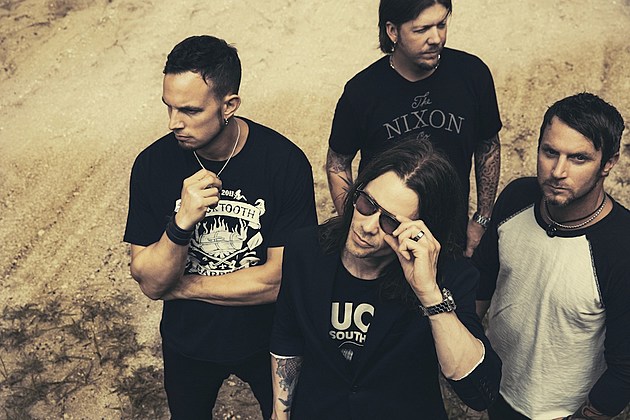 The new year will bring new Alter Bridge music. The band is in the early stages of working out music for their fifth studio album and they’ve just unveiled some pretty cool incentives for their fans to help build the anticipation a bit.

If you’re a fan of Mark Tremonti‘s solo band, you’ll likely remember that he kicked off promotion for his Cauterize album by inviting fans to a special VIP listening party and offered a number of other incentives to them prior to the disc’s release. Something similar is happening here as Alter Bridge have teamed up with Fret 21 to offer some unique Alter Bridge items.

Tremonti states, “Gearing up for [the fifth Alter Bridge album], we are happy to be able to offer our fans a few of the things they have asked us for in the past. As a band, we also tried to come up with a few unique items which I feel are the ultimate collector’s items!” Myles Kennedy added, “We are very excited to offer these exclusive and unique opportunities for the Alter Bridge fans as we begin the next chapter of our journey!”

Some of the items the band is offering are special meet-and-greets at soundchecks, having your name included in the liner notes for the new album, a number of signed and limited edition bundle packages, drumsticks, strings and heads and PRS guitars that were used during the recording sessions, handwritten lyric sheets, framed and signed artwork prints, postcards from the band, a chance to be a band VIP for life and access to the group’s exclusive listening party once the album is ready along with a performance by Alter Bridge.

To get in on all the goodies, be sure to head over to Fret 21 to see what they have to offer. And stay tuned for more info on Alter Bridge as they continue to chip away at a new album with producer Michael “Elvis” Baskette. The disc is expected to arrive this fall.