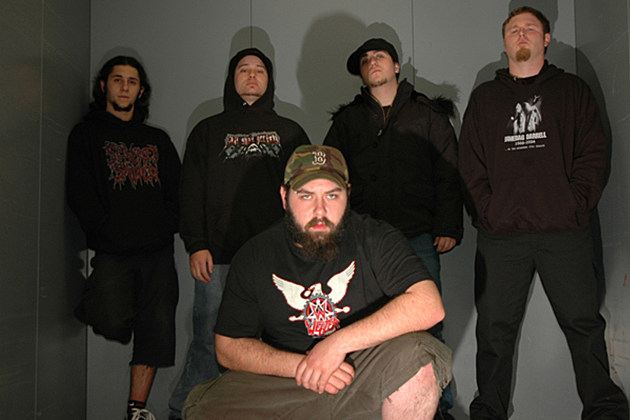 All Shall Perish are rallying their fans in order to help co-vocalist Craig Betit. The singer recently became a father to a baby girl named Harper, who was born with several vascular abnormalities. As such, she’ll need surgery and will be spending time at a children’s hospital 150 miles from the singer’s home. Betit has launched a crowdfunding campaign via GoFundMe to help offset the medical costs.

Betit is seeking to raise $2,000 for Harper’s treatment and at press time, fans and supporters had already helped out with $1,735. On the GoFundMe page, Betit states:

Harper Elizabeth Betit was born at the Dartmouth Hitchcock Medical Center in Lebanon, NH (100+ miles from home) November 15th 2015 to Craig Betit and Meghan Murphy via emergency C-Section. Shortly after they stabilized her vitals she was transferred to Boston Children’s Hospital (150 miles from home) due to vascular abnormalities (pyogogenicgranuloma). One being a bouncy ball sized growth on her right hip. It has also left her with multiple capillary abnormalities(dark red birthmarks) over most of her body. The amazing team of nurses in boston also determined that the left side of her body is more devolped then her right(medical term coming soon). While in boston she will have surgery to remove the growth, multiple tests to determine why its there, amongst other tests to see why her left side is more developed then her right. All this will lead both of us to lose extensive time away from work with no pay, travel costs for follow ups, not to mention the price of food in Boston! Thanks everyone for taking the time to read our story and thank you to all that send help our way!

He later added on the site that Harper’s first surgery “went fantastic,” adding, “The growth has been removed and the incision closed up. If all goes well we should be back home in VT with in 48 hours! We should also have an update on exactly what the growth was by the middle of next week. Thank you everyone for your thoughts, prayers, kind words, and all around support.”

As for All Shall Perish, you can read their plea below:

Hey guys. We just received some really sad news. Our brother Craig Betit welcomed his baby girl, Harper, to the world on November 15th. Unfortunately due to a few abnormalities she is going to need to spend some time in the children’s hospital, which is 150 miles from home. This will undoubtedly result in lost wages, so that Craig and Megyn can spend as much time with their baby girl as possible. If you’re able to spare it, check out their gofundme page to help offset some of those costs. Thanks ASP family!

If you wish to help out, you can do so via the Betit’s GoFundMe page here.

All Shall Perish Return With Eddie Hermida