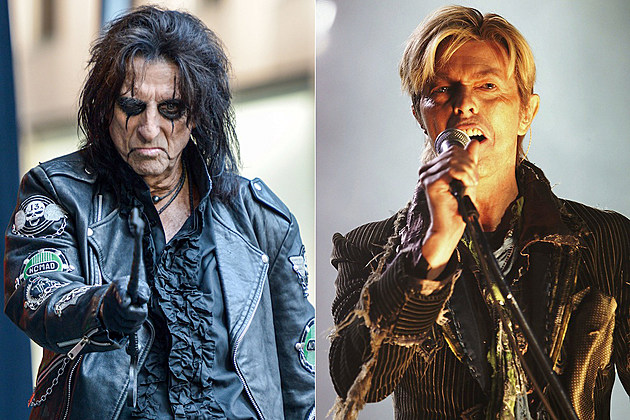 Shock rock icon Alice Cooper is one of the latest musicians to speak about how David Bowie affected him as a friend and artist. As a rock pioneer himself, Cooper offered the ultimate complement by stating Bowie left behind the type of legacy “that will rarely be seen again, if ever.”

The last month has been a difficult one for the rock community. The deaths of Scott Weiland, Motorhead‘s Lemmy Kilmister and now David Bowie have reminded fans how fragile the lives of even our biggest heroes can be. Like Kilmister, Bowie was taken from us by cancer. Kilmister was 70 while Bowie was 69.

It’s hard to know exactly what to say when you hear of someone’s passing. I know that I have certainly lost one of my…

Dozens of additional tributes have been written by fellow rockers. To check them out, click here.