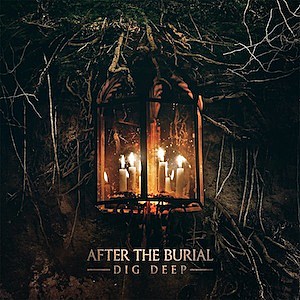 Veteran deathcore outfit After the Burial are readying the release of their fifth studio album, titled Dig Deep. The record is due Feb. 19 on Sumerian with pre-orders starting on Jan. 8. Featuring nine tracks, the album will expand on the band’s ever-evolving sound, with the single “Lost in the Static” serving as a sterling indicator of what’s to come.

Dig Deep will mark 10 years since After the Burial came onto the scene with their debut, Forging a Future Self, which featured slugging rhythms with triumphant melodic breaks. The group has strayed a bit from their more melodic metalcore leanings and have embraced the polyrhythmic, palm-muted chugs over the last couple years that initially started with Sweden’s Meshuggah and has now been consumed by a flurry of emerging acts under the djent genre.

After the Burial made headlines in the summer of 2015 when reports surfaced that their former guitarist, Justin Lowe, had gone missing. He left the band after posting a conspiracy-filled rant and things only got worse from there. The 32-year-old’s body was discovered underneath a bridge by a hiker in Wisconsin and the cause of death was determined to be a fall. Dig Deep will be the band’s first effort without Lowe’s services in tow.

Sumerian Records will be celebrating its 10th anniversary as a label this year and will be throwing a tour party to celebrate. Headlining the run will be longtime label affiliates Born of Osiris, Veil of Maya, After the Burial and relative newcomers ERRA and Bad Omens. For a full list of dates, visit our 2016 Guide to Rock + Metal Tours.

After the Burial, “Lost in the Static”