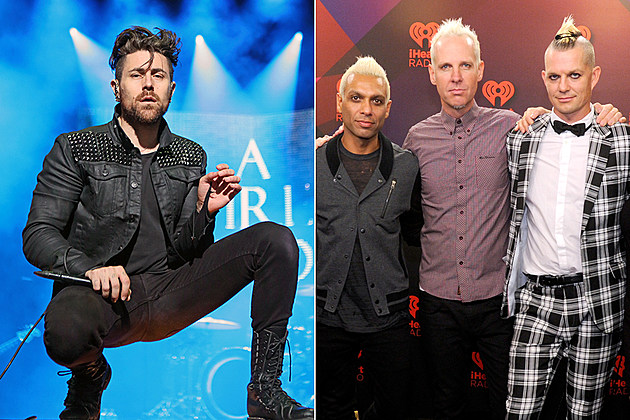 AFI‘s Davey Havok has kept the creative juices flowing between albums in recent years with projects outside of the band, and it looks as though he’s found another one. According to Billboard, Havok is set to front a band that features No Doubt‘s Tom Dumont, Tony Kanal and Adrian Young backing him up.

The timing appears to be perfect for the still-untitled band. AFI released their Burials album in 2013 and have completed touring for that disc. Meanwhile, No Doubt vocalist Gwen Stefani has been seen as one of the coaches on NBC’s The Voice and has another solo album ready for release in March, which would leave No Doubt’s other members available for the new group.

The group will be managed by Pat Magnarella and they reportedly have already completed a new album that they’re shopping to prospective labels. Last spring, Young admitted to Billboard in an interview that No Doubt were “in a little bit of limbo,” so the pairing with Havok allows the band members to remain active while Stefani continues her solo career.

Stay tuned to see what becomes of the project.

See the Birthdays of Davey Havok + Other Rockers