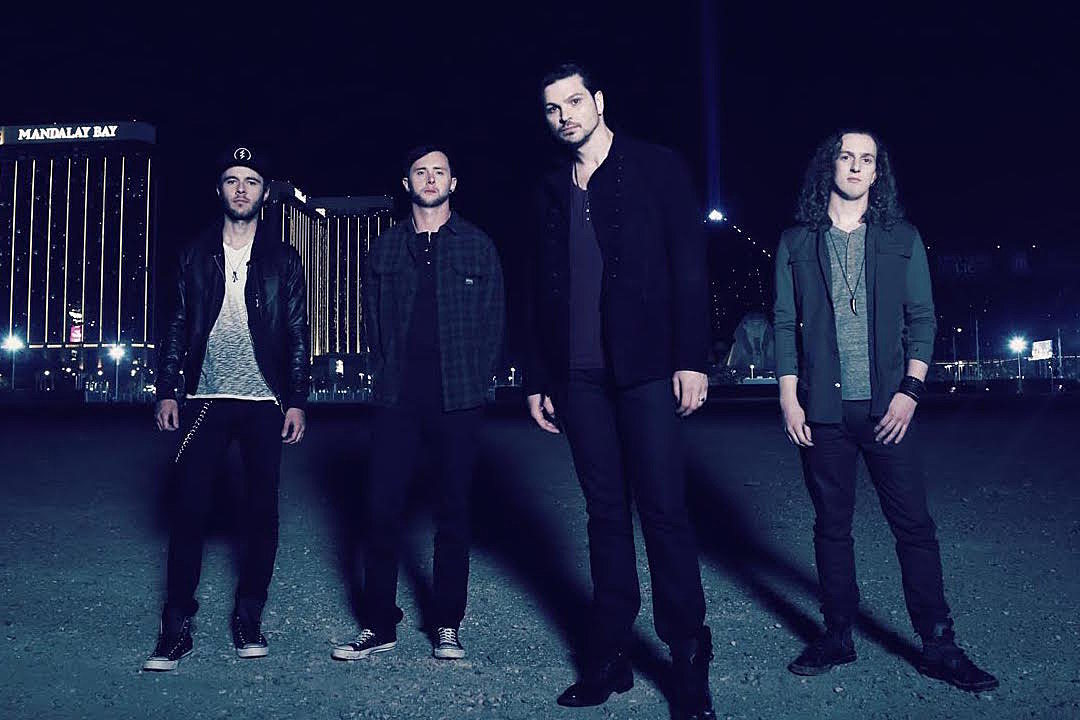 Adelitas Way are back with a “Bad Reputation,” which happens to be the name of their new single. The song recently hit radio and iTunes, and now we have the exclusive online stream of the song for your listening pleasure (hear it below).

The song is the first single off the band’s upcoming album, Getaway, due out in February 2016. And it also serves as the title of the band’s upcoming Bad Reputation Tour, which launches Jan. 16 in Scottsdale, Ariz. The trek runs through Feb. 14 in Colorado Springs, Colo., and features support from Failure Anthem, Through the Fire and Eye on Attraction. See the dates below.

As for the single, Adelitas Way frontman Rick DeJesus says, “‘Bad Reputation’ is a song I wrote about how I feel. I’ve always lived my life just being who I am, and really in the past fewyears in rock I’ve built a bit of a reputation for being myself. On tour I like to drink a little wine, smoke a little pot. Music is fun, and too many in the business take it far too seriously at times. I also don’t like to see people in the business constantly jumping off the rock bandwagon; I’ve heard heavy rock stations starting to play Bastille songs, so I spoke my mind. People say I’m uncontrollable, instead of taking accountability for what they are doing to help kill rock ‘n’ roll. Even live shows were filled with more rules from the venues down to the bands we toured with. It was bulls–t, and I hated what I was seeing happening to what was once the most rebellious group of humans I had ever seen. I have a bad reputation for not giving a f–k, always enjoying myself, and always being a advocate for rock ‘n’ roll till the end. I wrote the song because that’s who I am and how I feel.”

Check out the stream of Adelitas Way’s “Bad Reputation” below, and if you like what you hear, pick up the single at iTunes.