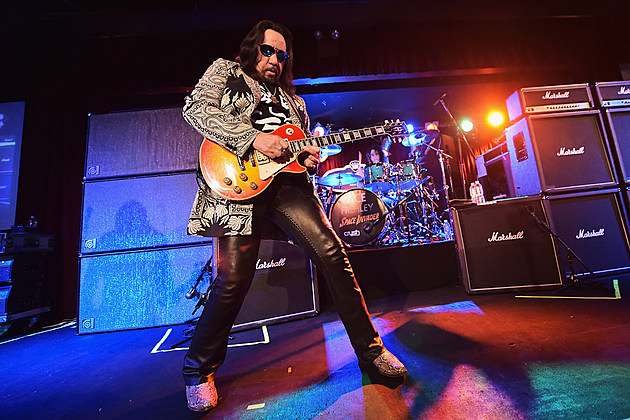 The ‘Space Ace’ will be returning to the stage for a series of U.S. shows starting in late February. KISS legend Ace Frehley has enjoyed a successful solo career, releasing six studio albums under his name and the Frehley’s Comet moniker. The 11 shows on the tour, concluding with back to back performances in New York City on April 11 and 12, will all offer unique VIP packages and more.

Two VIP options are available, one with a ticket for the show and one without for fans who would just like the opportunity to meet the legend or attending with others not opting for the VIP experience. Both packages include a meet and greet, personal photo with Frehley, limited edition autographed and personalized Space Invader tour poster, VIP tour laminate and Space Invader tour shirt, an autographed Space Invader CD and photo, stickers, guitar picks and the opportunity to have one personal item signed, excluding musical instruments. The ticket option will also include VIP seating.

For those looking to have a guitar signed, which is not offered in the above VIP package, you’re in luck! An additional option includes the opportunity to have your guitar signed by Frehley along with a meet and greet, personal photo with the icon and your guitar and a backstage pass. Tickets must be purchased separately. For more information, head to Frehley’s website.

Space Invader, released in 2014, was the latest studio album from Frehley and his next album will ostensibly see him cover classics from the Rolling Stones, the Beatles, the Who and Led Zeppelin and other influences. Slash is also expected to make a guest appearance on the album.