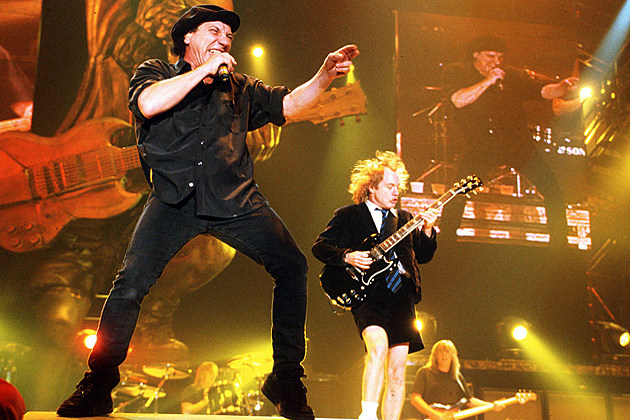 After undergoing renovations for the last two years to turn the Olympic Stadium in London into a year-round venue designed for multiple purposes, the E20 Stadium LLP is finally nearing completion. To celebrate the first event at the redesigned stadium, AC/DC have been selected to perform the inaugural show on June 4, 2016.

It’s a mix of old and new as one of rock’s most enduring and celebrated acts will play at the one-of-a-kind venue. The transformation work includes the largest roof of its kind, a track that can be shared by citizens, retractable seating and spectator and hospitality facilities.

Stadium chief executive Linda Lennon commented on having the band perform the first show, saying, “Having the legends of rock, AC/DC, perform the first major concert in this world-class venue will be a spectacular way for the stadium to start its new life. This summer has already demonstrated what a great venue the stadium will be and next summer it will only go from strength to strength.”

AC/DC will be performing the London show as part of their “Rock or Bust” tour in support of the 2014 disc. The tour will also see the band take the stage without some familiar faces. Guitarist Malcolm Young was not featured on the album for the first time in the band’s history as he has stepped down, suffering from dementia. His nephew Stevie Young has assumed the vacant guitar slot and will be playing alongside the legendary Angus Young.

Drummer Phil Rudd is also absent battling serious legal problems back home, including charges for “threatening to kill” and drug possession. The stickman had also violated a home detention sentence, furthering his troubles with the law, though he pled not guilty. Chris Slade will be performing with the band until further notice.

AC/DC recently announced a length North American tour in support of Rock or Bust, which reached No. 3 on the Billboard 200 charts in its debut week, selling over 550,000 copies. To see a full list of dates, visit our 2016 Guide to Rock + Metal Tours.