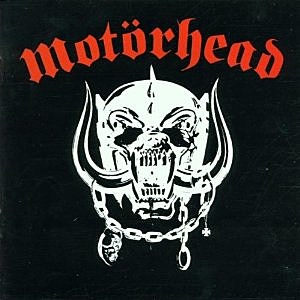 While thrash has its roots in punk rock and the New Wave of British Heavy Metal, perhaps no band influenced the to the extent that Motörhead did. Ironically, Motörhead founder Lemmy Kilmister didn’t listen to much punk and considered his band, which released its self-titled debut on Aug. 21, 1977, a faster, louder offshoot of his favorite artists: Jerry Lee Lewis, Little Richard and Chuck Berry.

“It’s all just rock and roll,” Kilmister told me in 2013. “From the start, this is how we’ve always done it. You write some songs, turn your amps up and start playing. And when you’ve reached the end of one song you start the next one.”

From the start, Motörhead were ahead of the curve. Having been a member of the psychedelic freak rock band Hawkwind — from which he was fired after getting arrested in Windsor, Ontario, on drug possession charges — Kilmister was used to taking chances and going against the grain. Motörhead were named after a song Kilmister wrote for Hawkwind and the band’s first studio release featured two other Hawkwind songs, “Lost Johnny” and the “The Watcher.” The rest of the album, with the exception of “Keep Us on the Road” and “White Line Fever” featured songs the band wrote for 1976’s On Parole, which the band’s UK label refused to release until 1979.

“We were already a machine when we recorded that [self-titled] album,” Kilmister says. “We had been playing the songs live for a year so we knew what we were doing. It was just a matter of doing them a little louder maybe a little faster.”

One major difference between On Parole and Motörhead is that the latter featured guitarist “Fast” Eddie Clarke on every song. Clarke would remain with the band until 1982, when he quit after recording Iron Fist (he was upset that the band agreed to record a version of Tammy Wynette’s “Stand By Your Man” with Wendy O. Williams and the Plasmatics). “Before ‘Fast’ Eddie Clarke we had Larry Wallis on guitar,” Kilmister says. “It was strange because he kept going on about how we needed another guitar player so we would sound stronger. So we got Eddie and then Larry left. So obviously, he was trying to leave, but not leave us stuck. It took me a couple years to see that.”

Clarke played blues-based guitar, but he could also fire off metallic solos and coupled with Kilmister’s raspy vocals and distorted, trebly bass and Philthy Animal Taylor’s crashing beats, Motörhead were the sonic equivalent of a fireworks factory explosion. In addition to capturing the band’s galvanic live performance, Motörhead is enhanced with the raw fury of guitars being mangled, the thunderous echo of amps being kicked over and, on “The Watcher,” spacey, processed vocals. The volatility of the entire recording exemplified the chemistry of the musicians that made it.

“We fought all the time,” Kilmister said. “Eddie’s not a man to back down, and him and Phil were not afraid to use their fists, so you’d get them fighting in the back room all the time.”

The band started recording its debut at Escape Studios in Kent, England right after playing a gig in London at the Marquee. The owner of Chaswick Records, Ted Carroll, paid for them to record a couple songs for a single over a weekend with producer Speedy Keen. Since they were amped up and had a surplus of material they finished 11 songs over three days. Impressed, Carroll paid for additional studio time and the band finished the record, as well as five bonus tracks, which Big Beat held onto until the album was reissued in 1988.

Standout cuts on Motörhead include the roaring title track, the trippy head-slammer “Iron Horse/Born to Lose” and “White Line Fever,” which is redolent of Jimi Hendrix, for whom Kilmister used to roadie (“I was in charge of getting Jimi his drugs”). Elsewhere, Kilmister plays a sweet, meandering bass solo in “Keep Us on the Road,” and the band barely keep the wheels on the rail on an amphetamine-fueled cover of Tiny Bradshaw’s “The Train Kept A-Rollin’.”

Motörhead was available as an import in the United States from the time it was released and many specialty record stores stocked the album, but it didn’t receive a proper release in the States until 1988 when Roadracer added the title to its catalog. Amazingly, none of the band’s first four albums came out on a U.S. label until after the live album No Sleep ‘til Hammersmith came out in 1981.

“Nobody wanted to know us in America,” Kilmister says. “We fell between the old surge of heavy metal like Deep Purple and just before the new surge of heavy metal, which was Iron Maiden and bands like that. So we were pretty f—ed, really. We couldn’t get signed in America until No Sleep ‘Til Hammersmith was No. 1 [in the U.K.] and that [was after] Ace of Spades was No. 4 and Bomber was No. 6.

“I don’t think we were cute enough,” he concluded. “Back then, all the big rock stars always looked like Motley Crue. They’re a great rock band but they were very effeminate in the early days. We never had that dubious advantage. But we certainly always had the rough end of the metal scene who were our fans. There weren’t many Yes fans with us, but we got a lot of listening. We had people who actually listened to us and we were lucky there because a lot of people don’t listen. They listen to the pace or the volume, they don’t listen to the lyrics or the music.”