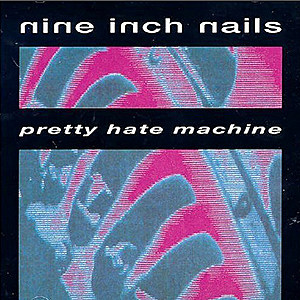 It’s a story heard behind the scenes in studios over the years — the young kid hanging around doing odd jobs ends up being the next great producer after making the right connections and rising through the ranks. But on occasion, that young kid ends up becoming an iconic musician. Such was the case for Trent Reznor, who had moved from Pennsylvania to Cleveland and was working nights as a handyman and janitor at Right Track Studio in Cleveland. When he wasn’t on call, Reznor used his “down time” to record his own music. During this period, he began to piece together what would become the start of his the album Pretty Hate Machine under the moniker of Nine Inch Nails.

Reznor was a quick learner, utilizing keyboards, drum machines, guitars and samplers to record his first demo. “I’d always been into computers because I was good at math, but the idea of actual ‘electronic’ music didn’t really hit me till I bought a Moog Prodigy-that was when I was about 16 or 17,” Reznor told Future Music. “That thing just blew my mind. Initially, I thought I’d combine the math and the music. Maybe design synths or consoles or something like that. But, eventually, it dawned on me that, eventually though I was very good at calculus, I didn’t actually like doing it. So, I decided to do something I did like. Music.” Some of his early work yielded a demo called Purest Feeling and some of the songs on that collection were eventually reworked for Pretty Hate Machine.

“A lot of what went into Pretty Hate Machine was, when I started, these were the first songs I’d ever written. And I didn’t know what Nine Inch Nails was about, and when it’s one person and a computer, there’s a pretty big palette of sounds, and identities you can assume. And It wasn’t really based on can I play the guitar, because I could simulate that through the computer. So, what I did was after some experimenting and failing on a few different things, realized that what would make the biggest impression I thought was to make a very honest thing,” said Reznor.

Working on his own, it was a bit of trial and error, but Reznor pulled from his own experiences to fuel the music. “It wasn’t the happiest time of my life,” revealed the singer to Rolling Stone. He went on to explain, “The only thing I could speak about with any authority was my own personal experience and tried to relate situations I’d been in or feelings I’d thought or dissatisfactions with relationships or religion or the government of the country I live in, or whatever it is. And disguise that so it’s not in a preaching way cause I have no, nothing to preach to anybody about except this is how I feel if you can relate to that, great. I don’t consider us a political band on any level. It’s not that it was an honest thing, now the backlash of that is sometimes you have to deal with people knowing about you in a way that you really don’t want everyone to know about.”

But armed with his demo, Reznor eventually attracted the attention of TVT Records, and off he went to work on his full-length album. He recalled, “By the lime I got my record deal with TVT to release that first album, I was the definition of ready-to-go. Man, I was prepared. I had spent days and weeks and months on these songs. Everything was there. All the drums programmed. All had to do was add some guitars and redo the vocals. The deal didn’t give me much money, but I did persuade them to give me enough to come over to the UK and work with John Fryer [who produced the likes of Depeche Mode, Cocteau Twins and had long relationship with the 4AD label]. I really admired Fryer’s work, but we didn’t hit it off. He was into experimenting in the studio, but I’d already experimented with these songs about 3,000 times. They were as finished as they were ever going to be. My money I’d got from TVT gave me about a month in the UK, which was about two days to record and mix each song. I just wanted to get the album finished.”

On Oct. 20, 1989, the label released the album — a hard-hitting, groove-filled, danceably dark industrial effort. The disc started off modest enough, with “Down In It” serving as the lead single. “That was the first song I’d ever written,” said Reznor. “I sat down, I took a very experimental approach to it. and.. the original version I did was about half speed of the one on the record. And it was a total rip-off of ‘Dig It’ by Skinny Puppy. I’ll admit that now. But, lyrically, I was experimenting with just kind of a train-of-thought, writing down whatever I thought.” He added, “It was just this feeling of like.. at an earlier stage of my life I thought I had my act together, I thought I knew what I wanted to do. I thought, and thought I had pride in myself, and as I had gotten older, and realized that certain things don’t work out the way you hoped they would at a certain stage and a lot of the illusions you had been led to believe growing up in a fairly sheltered environment..  I was kind of coming of age, realizing that, you know, things might not work out sort of feeling.” The song started to gain some traction, eventually peaking out at No. 15 at Alternative Rock radio. But bigger things were yet to come.

In March of 1990, “Head Like a Hole” became the second single. Reznor penned the track after touring with Skinny Puppy in 1988. He called upon Flood, Adrian Sherwood and Keith LeBlanc to help co-produce the song and by 1989 it was laid down. “Head Like a Hole” was one of the final songs recorded for the disc, but was a welcome addition. The song took off with some help of the Eric Zimmerman-directed video becoming an MTV favorite. Though the track tapped out at No. 28 on the Alternative Rock chart, it had a much larger impact on MTV and became the song that broke Nine Inch Nails to a large audience and resulted in the album sales starting to take off.

“It was bigger than I’d ever dreamed,” said Reznor to Future Music. “And the strange thing is that it all seems to happen in a whirlwind. You have no control over it. One day, you’re over here, and the next day, you’re way over here wondering what the hell is happening. I couldn’t play the songs live. I didn’t have a band. That’s how unprepared I was.”

As such, Reznor had to rush putting a band together, calling upon Chris Vrenna and Richard Patrick to help fill out the bill. In 1990, the group started as an opening act for Peter Murphy and the Jesus and Mary Chain, but by the end of the run, Nine Inch Nails were playing Lollapalooza and opening for Guns N’ Roses in Europe.

On top of the two singles, Nine Inch Nails also generated a number of standout tracks — the angst-ridden “Terrible Lie,” the driving “Sin,” the groovy “Sanctified” and the hauntingly intense “Something I Can Never Have.”

Looking back on the album in 1991, a few mere years after the album came together, Reznor told Select Magazine, “A lot of it sounds immature to me now. At first it totally sucked. I became completely withdrawn. I couldn’t function in society very well and the LP became a produce of that. It’s quite small scale, introverted, claustrophobic — that’s the feel I went for.” But having some time to reflect, he also added, “It’s the all-purpose alternative album! If you want to stage dive to it, you can, but if you’re a big Depeche Mode fan, you can get what you need out of it as well. I like electronic music, but I like it to have some aggression … to be able to get some humanity and aggression into it in a cool way, that’s the thing. Pretty Hate Machine is a record you can listen to and get more out of each time. To me, something like Front 242 is the opposite: great at first, but after 10 listens, that’s it.”

The album has generated plenty of listens over the years. Pretty Hate Machine peaked at No. 75 on Billboard’s 200 Album Chart, but has gone on to be certified triple platinum. Meanwhile, the disc holds the distinction of being the very first independently released album to achieve platinum status.

Musicians Pay Tribute to Trent Reznor for His 50th Birthday

See the Yearbook Photos of Trent Reznor + Other Rockers